In this week’s featured video, we score a new friendship goal! Genie Bouchard joined Outside the Ball host Mayleen Ramey to talk about her gal pal, golfer Michelle Wie. 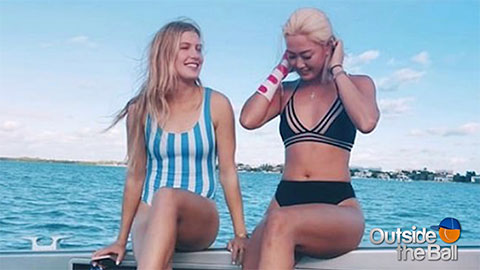 If you’re following Genie Bouchard on social media, and you should be, you’ll see the young athletes hanging out and having fun. “I’ve seen Michelle a few times, we’re like Besties now! We met on a Nike photo-shoot event and try to see each other whenever we can!”

The party doesn’t start until Bouchard shows up in costume. The Canadian pro is known for her dedication to Halloween and last year, Michelle added another star to the mix. 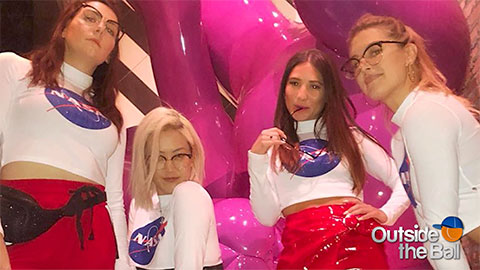 “I had like three different Halloween nights because you can’t just have one costume, you need to have three!” Genie emphasized. “Me and a friend were Kanye West and Lil Pump in his music video with the boxes, and then also a NASA astronaut which was amazing because we got hit on all night with pick up lines. We’d walk by on the sidewalk in New York City and people would scream out ‘Houston we got a problem’, ‘Hey baby you’re out of this world, can I get your number’. It was so funny!”

Can we get an invite to the next Halloween party? One thing is for sure, we are on board for the Genie Bouchard and Michelle Wie friendSHIP and will follow them to infinity and beyond!