Outside the Ball is bringing you the best in tennis with our Top10s Photos of the Month. We were all tied up this February as Serena Williams joined her sister Venus for the Fed Cup tie in North Carolina, and fellow American Nicole Gibbs announced she was ready to tie the knot with her engagement to Jack Brody. Love was also in the very chilly air for Genie Bouchard as her fairytale Twitter date continued at this year’s Super Bowl. We bet they had a great time! 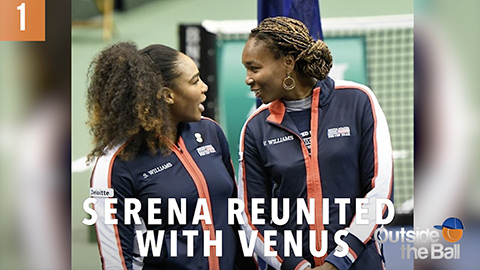 On to warmer weather and sandy beaches where the pros had fun in the sun. Taylor Fritz and Jack Sock battled it out at the Delray Beach Open games, while Sloane Stephens made waves in the Sports Illustrated Swimsuit issue.

Tennis players work hard on and off the court, but no matter what, family comes first. This month we saw hot mama Victoria Azarenka and baby Leo styling in So Cal, and Novak Djokovic proved he’s a pretty cool dad himself! 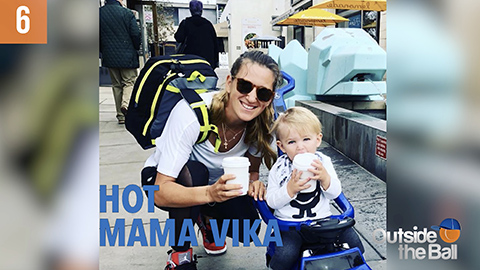 Did someone say jackpot? When Rafa Nadal and actor Leonardo DiCaprio come together for a good cause at the Goed Geld Gala, it feels like we all won the lottery! We all know Roger’s lucky number! Roger Federer continues to break records as he became the oldest player to reach number 1, while American Frances Tiafoe won his first ATP title at the Delray Beach Open.

We hope you enjoyed this exciting look back at your favorite tennis stars this February. See you next month!